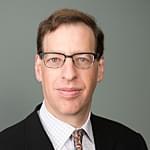 Jeffrey D. Benjamin is a Senior Advisor to Cyrus Capital Partners, L.P. Mr. Benjamin is Chairman of the Board of Exco Resources, Inc. and A-Mark Precious Metals, Inc. and a member of the Board of Directors of American Airlines Group, Caesars Entertainment Corporation (formerly Harrah’s Entertainment, Inc.), and Chemtura Corporation.  Mr. Benjamin is also a trustee of the American Numismatic Society. He holds an MBA from the Sloan School of Management at M.I.T. and a BA from Tufts University. 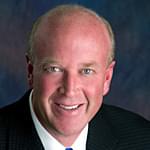 Mr. Gray (Steve) is the Founder of Gray Venture Partners, LLC. He serves as the Chairman of ImOn Communications, LLC, SecurityCoverage, Inc., Involta, LLC and HH Ventures, LLC (d/b/a, ReadyWireless). He is also a member of the Board of Directors for Syniverse Technologies and CommScope which are portfolio companies of The Carlyle Group.

Mr. Gray is a Senior Advisor to The Carlyle Group, one of the world’s premiere and most successful private equity firms www.Carlyle.com. Mr. Gray served as President of McLeodUSA Incorporated from April 1992 until December 2004. Prior to joining McLeodUSA, Mr. Gray served from 1990 to 1992 as Vice President of Business Services at MCI and before that, from 1988 to 1990, he served as Senior Vice President of National Accounts and Carrier Services for TelecomUSA. During his tenure with TelecomUSA, the company grew to become the fourth largest long distance company in the United States before it was acquired by MCI in 1990.

From 1986 to 1988, Mr. Gray held a variety of sales management positions of increasing responsibility with WilTel Network Services. An operating unit of the Williams Companies, WilTel was one of the nation’s largest and fastest-growing fiber optic network companies. Mr. Gray began his career with Clayton W. Williams Companies in Texas in 1981 where he held management positions with several of their companies including ClayDesta Communications Inc. ClayDesta became a provider of long distance service in Texas and throughout the Southwest following the consent decree requiring the breakup of AT&T.

Mr. Gray earned his B.B.A. from the University of Tennessee. He is married to Sally Gray and they have three children. 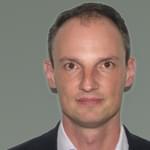 Mr. Nikov is a Partner at Cyrus Capital Partners. Mr. Nikov has over ten years of experience with sub-investment grade debt issuers. Prior to joining Cyrus Capital Partners, Mr. Nikov was a Director in the Leveraged Finance Group of Citigroup where he focused on debt financing transactions for leveraged companies controlled by financial sponsors as well as issuers in the chemicals, packaging and building materials industries. Prior to joining Citigroup in 2001, Mr. Nikov worked in the Leveraged Finance Group of JPMorgan and in the Emerging Markets Economic Research department of Goldman Sachs.

Mr. Nikov holds an M.B.A. from Georgetown University and a B.A. with a dual major in Economics and Business Administration from the American University in Bulgaria. 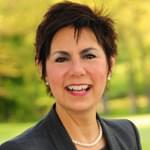 Mary Quass is the Chair/CEO of NRG Media, LLC and has been in the broadcasting business for over 35 years, owning radio stations in the mid-west starting with Quass Broadcasting Company. She went on to become President of Central Star Communications, a division of Capstar Broadcasting, a publically traded group that merged with Clear Channel Communications in 2001. Ms. Quass formed New Radio Group in 2001 and evolved the company to its current platform of NRG Media.

Ms. Quass currently serves on several boards, including United Fire Company, Mercy Medical Center, US Bank ,as well as, Executive Committee of the National Association of Broadcasters, and the Radio Advertising Bureau.