KLIN/Lincoln’s Jane Monnich ended a remarkable 45-year run as news anchor/reporter on February 20. Jane began her career as a news writer on April 1, 1975. She was told she wouldn’t be on air, but not too long after, Jane alongside Ron Dean, became the first female/male morning show on KLIN from 1976-1978.

During Thursday’s 3-hour on-air celebration, Jane received visits from past and current co-workers, plus proclamations from Lincoln Mayor Lerion Gaylor Baird and Nebraska Governor Pete Ricketts. During her 4 1/2 decade career, she covered 8 different governors, 10 mayors, 13 congressmen, 11 senators, dozens of city councilmen, and 100s of state legislators. It is estimated that Jane wrote over 500,000 news stories and anchored over 105,000 newscasts.

Jane truly became an iconic voice in Lincoln news reporting and will be missed. 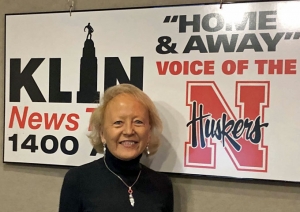 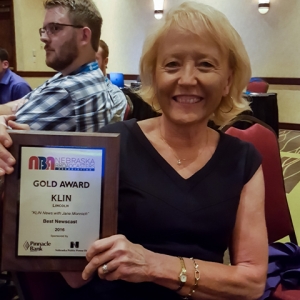 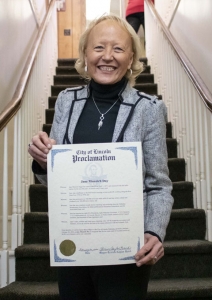 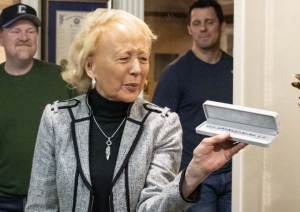 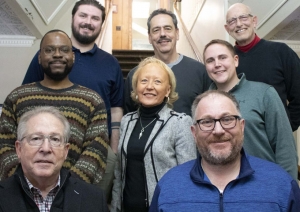 Back to the NRG News Page
© 2021, NRG Media, LLC., An Equal Opportunity Employer