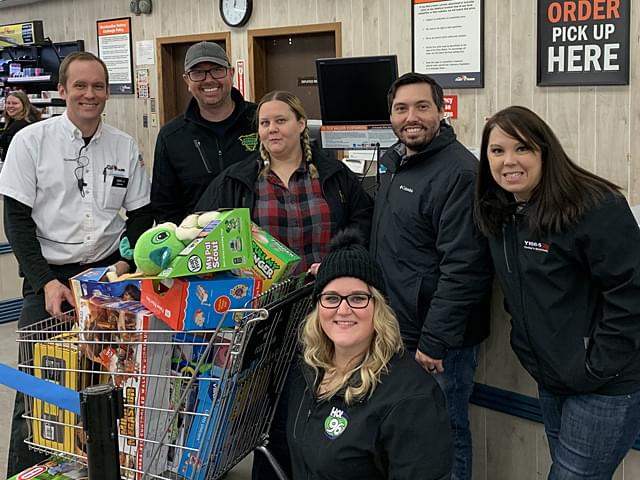 NRG Media Wausau/Stevens Point has created “Toy Box Tuesday” to promote and create excitement for the Marine Corps’ Toy For Tots program. The market teamed up with Fleet Farm in Stevens Point, which happens to have one of the area’s largest toy departments, called Toyland!  DJ’s from Classic Rock 103.3 WGLX, Hot 96.7, Y106.5 and Big Cheese 107.9 went on a toy shopping spree selecting some of this season’s hottest toys.

After selecting their toys, the DJ’s play with the toy on the air, describe it and have listeners call in and guess what the toy is.  Some toys light up and make obnoxious noises, others are classics like Legos we played with as kids or have stepped on as parents.  If the listener guesses correctly they win the toy, or they can choose to donate it to Toys for Tots (which they always do) and the Station gives them another prize. One of this year’s alternative prizes was 4-pack of tickets to Nickelodeon Universe at the Mall of America. Prizes also include movie passes, food certificates, station t-shirts or CD’s.  It’s a ton of fun for not only the staff but also for listeners.  This promotion creates some really fun radio and brings a lot of attention to Toys for Tots while creating a great relationship between the store’s management and everyone at the radio station.