The seven Omaha radio stations of NRG Media, in partnership with the Salvation Army, collected more than 160,000 bottles of water for victims of the catastrophic flooding that has decimated the area.

NRG Media Market Manager Mark Shecterle said, “Nebraskans were in need, and our team knew we had to do something.  Therefore, Friday morning at 9am we all pulled together with the help of Fresh Thyme Farmer’s Market and Nebraska Furniture Mart.  We were able to move rapidly and we committed our entire staff and resources to make this happen.  I am extremely proud of the NRG employees for coming in on their own time to work at the four collection locations.  Moreover, I beyond Thankful for all the people who donated to help their fellow Nebraskans.  It was truly an emotional two days.”

Todd Andrews, Director of Integrated Communications for the Salvation Army expressed his appreciation to NRG Media and their seven radio stations for the support and assistance with their campaign to assist flood victims.

NRG Media is committed to being an active and integral part of the communities in which it serves. NRG Media consists of 45 radio stations throughout four states in the Midwest – Iowa, Nebraska, Wisconsin, and Illinois.  The company is headquartered in Cedar Rapids, Iowa, and led by President/CEO Mary Quass. 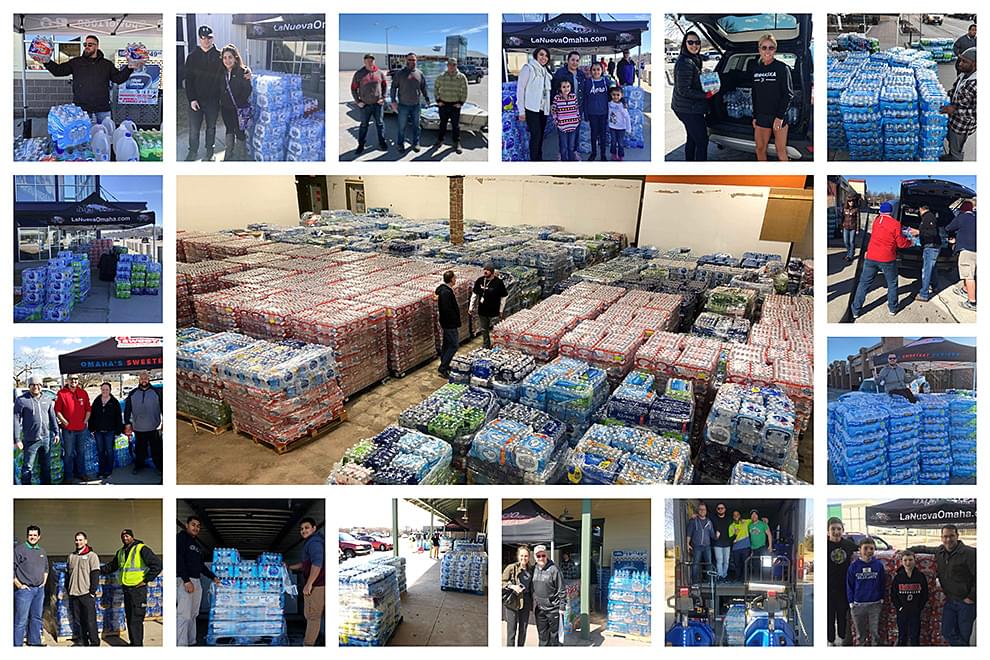