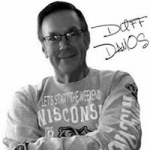 Duff Damos has been selected as one of four Wisconsin Broadcasters Association’s Local Legends this year. This award was established in 2015 and honors 4 local legends annually. Duff will be recognized Thursday, June 13 at the WBA’s Summer Convention during the keynote luncheon at the Osthoff Resort located in Elkhart Lake.

Here are excerpts from Duff’s nomination:

For the past 44 years, Duff has dedicated an extraordinary amount of time and energy in creating great local radio along with making our communities a better place to live and work.

The first thing you notice with Duff is his pipes. Deep and full of resonance, when Duff speaks, people listen. What’s makes him great though is his ability to put that voice to work and create great local radio that programmers and management dream of and listeners crave.

Beginning in 1995, Duff started a new chapter and created a new legion of fans by moving north to Rhinelander where he began his work on WHDG. Working afternoons, Duff helped solidify WHDG’s presence at the Hodag Country Festival where he’s now served as one of the emcees for over 20 years to one of Wisconsin’s largest and most unique festivals. You know you’ve done your job well when a crowd of 30,000 spectators is not only willing but excited to sing “Happy Birthday” to Duff and go out of their way to deliver birthday hugs.

For the past 18 years, Duff has been the afternoon drive announcer on Rock 105.3 WRLO and the operations manager for the entire NRG Media Northwoods cluster that contains WHDG-WRLO-WRHN-WMQA-WOBT-WLKD. He is meticulous, caring and dedicated to his job, his staff, his listeners and our communities. During his time in Northwoods, Duff has gone out of his way to personally be involved in many great local charities and causes. One of those causes has been the Minocqua Chill Out which is an annual fundraiser for the Children’s Miracle Network. This event has raised over $250,000 over 11 years. Duff has also served as the lead organizer for NRG Media Northwoods participation in the Rhinelander’s Salvation Army’s Red Kettle Campaign, the Alzheimer’s Association Memory Walk in Antigo and Rhinelander, the Colors of Cancer 5k Run/Walk in Crandon along with many other charitable causes.

Congratulations, Duff!  You really are a Local Legend. 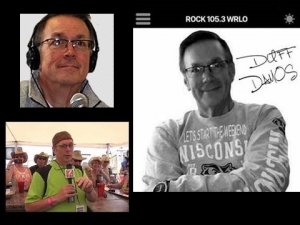 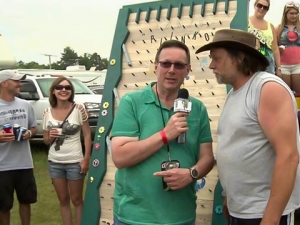 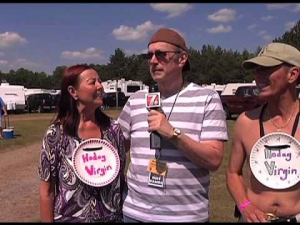 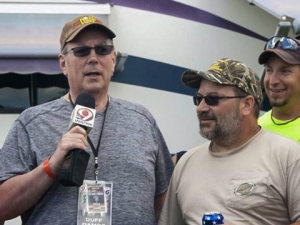